The story behind Tremoctopus violaceus, our kraken.

Octopuses are cephalopods, belonging to the phylum of molluscs, along with organisms like squid, cuttlefish and nautiloids. The octopus is among the most neurologically advanced organisms in its phylum, however, like all other mollusc species, do not have a skeleton. Whilst the squid, with its eight arms and two, longer, tentacles, swims freely within the water column, the octopus mostly inhabits the deeper part of the ocean, close to the sea floor. 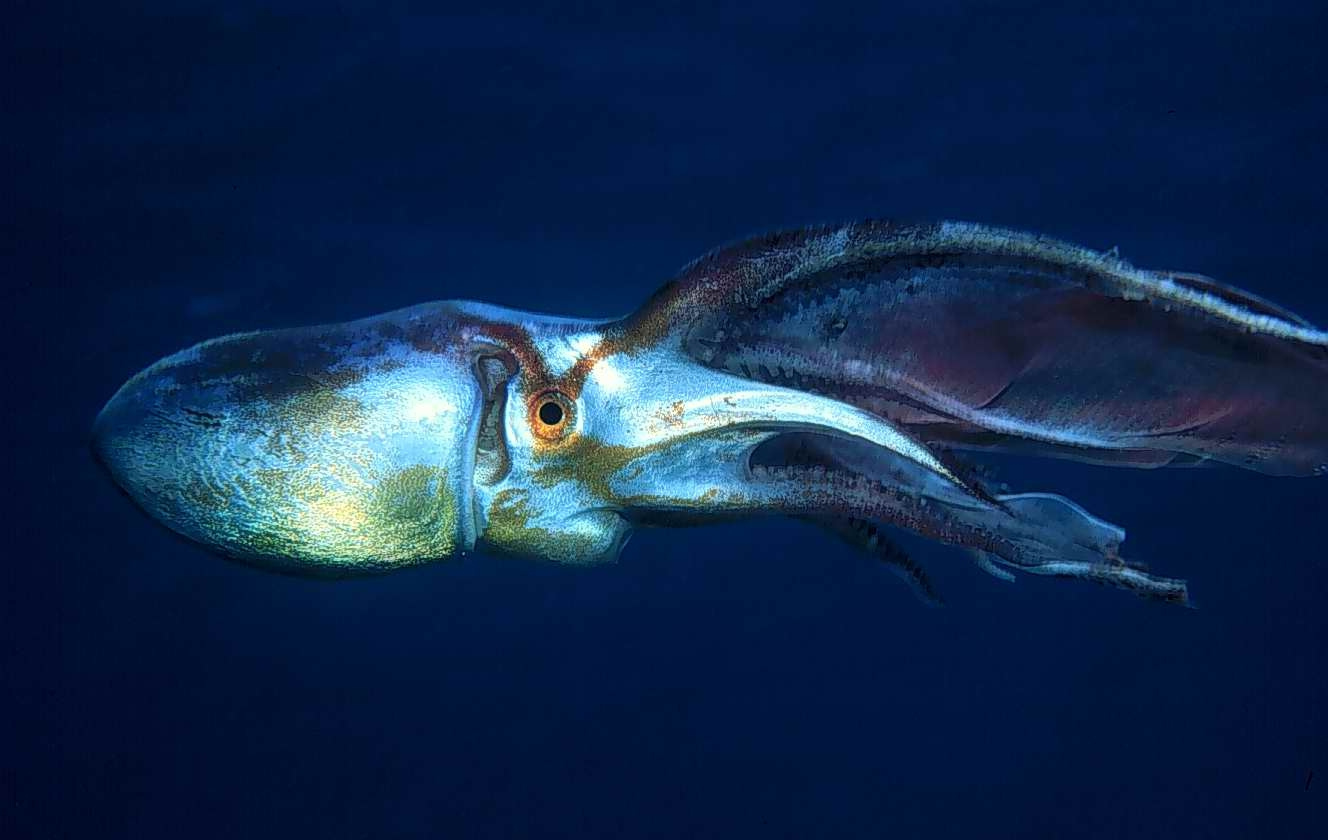 [Tremoctopus violaceus, 2m long c: Peter Wirtz]
There is, however, one exception: Tremoctopus violaceus, the blanket octopus. Taking a closer look at its colouration, one can easily see that it resembled the colours of our planet, the blue marble. And thus we found our heraldic animal. The illustrator Anna Mandel then applied this concept to various types of media over the years.
More information about this rare and endangered species can be found on Wikipedia, as well as in this article by Normal et al., 2002.

Earlier variations of our Logo: 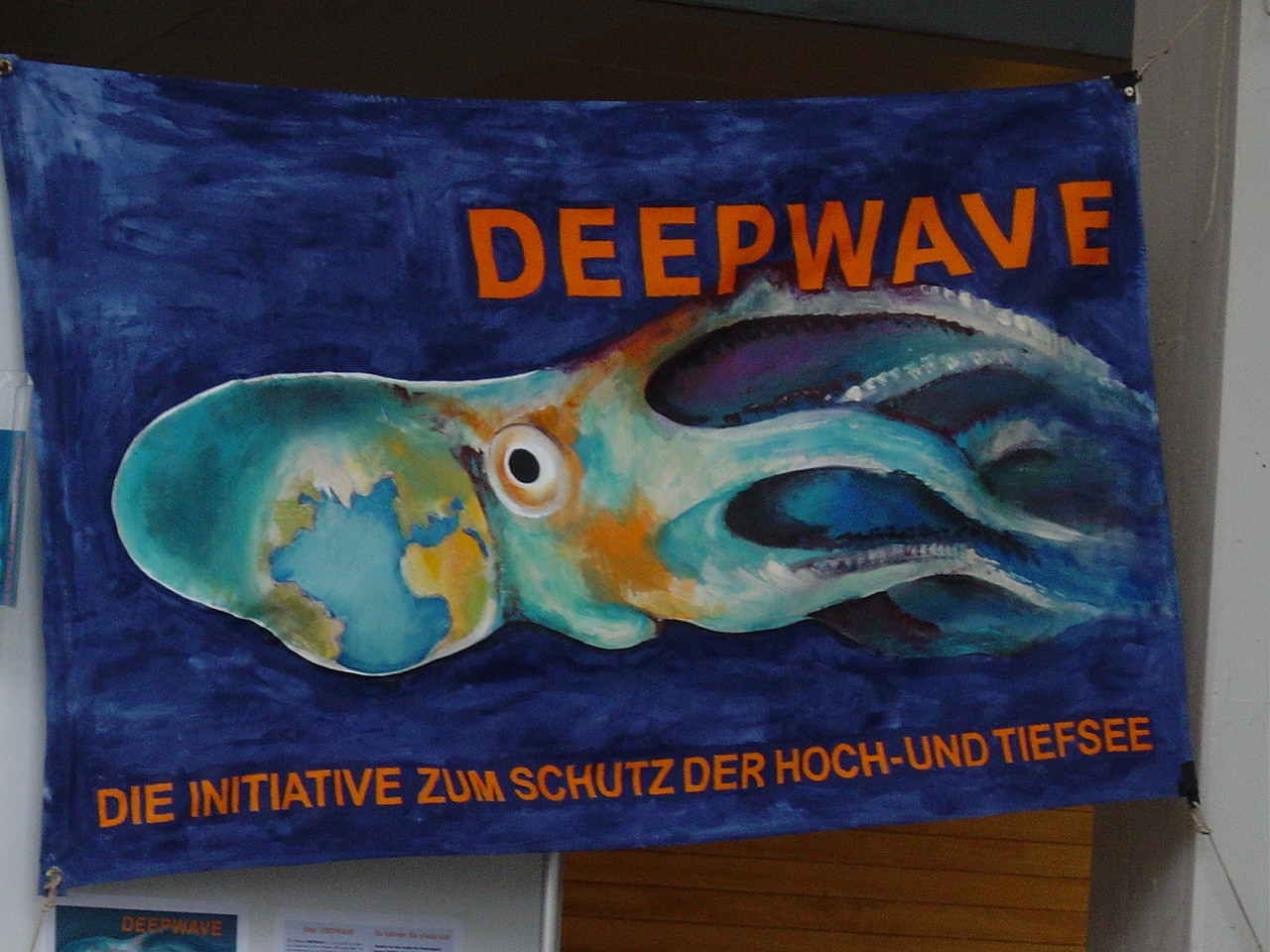 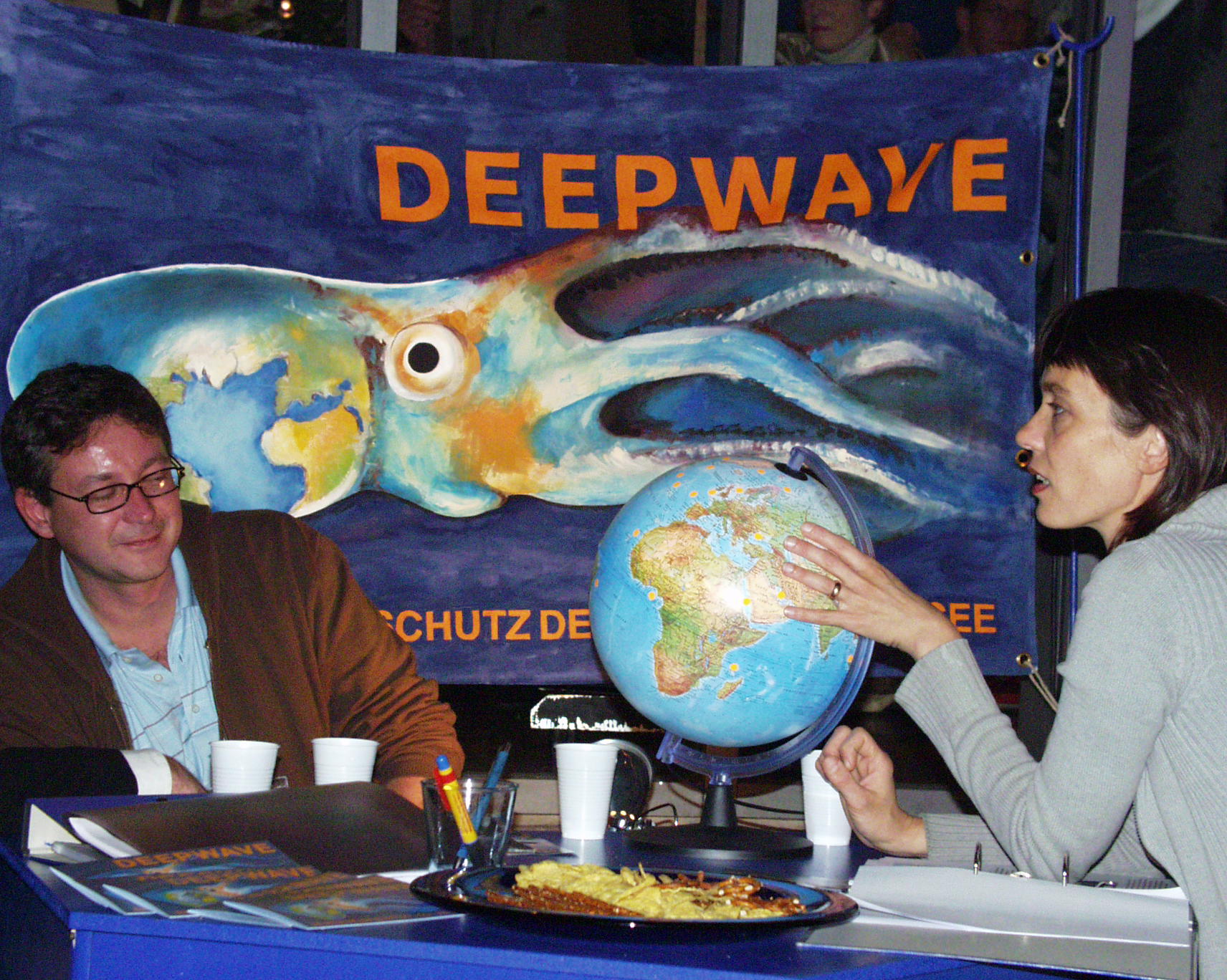 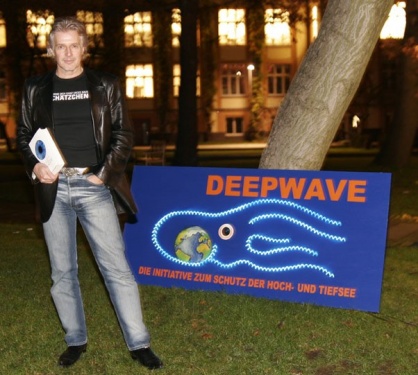 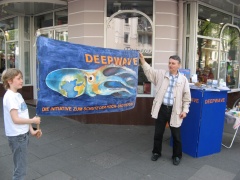 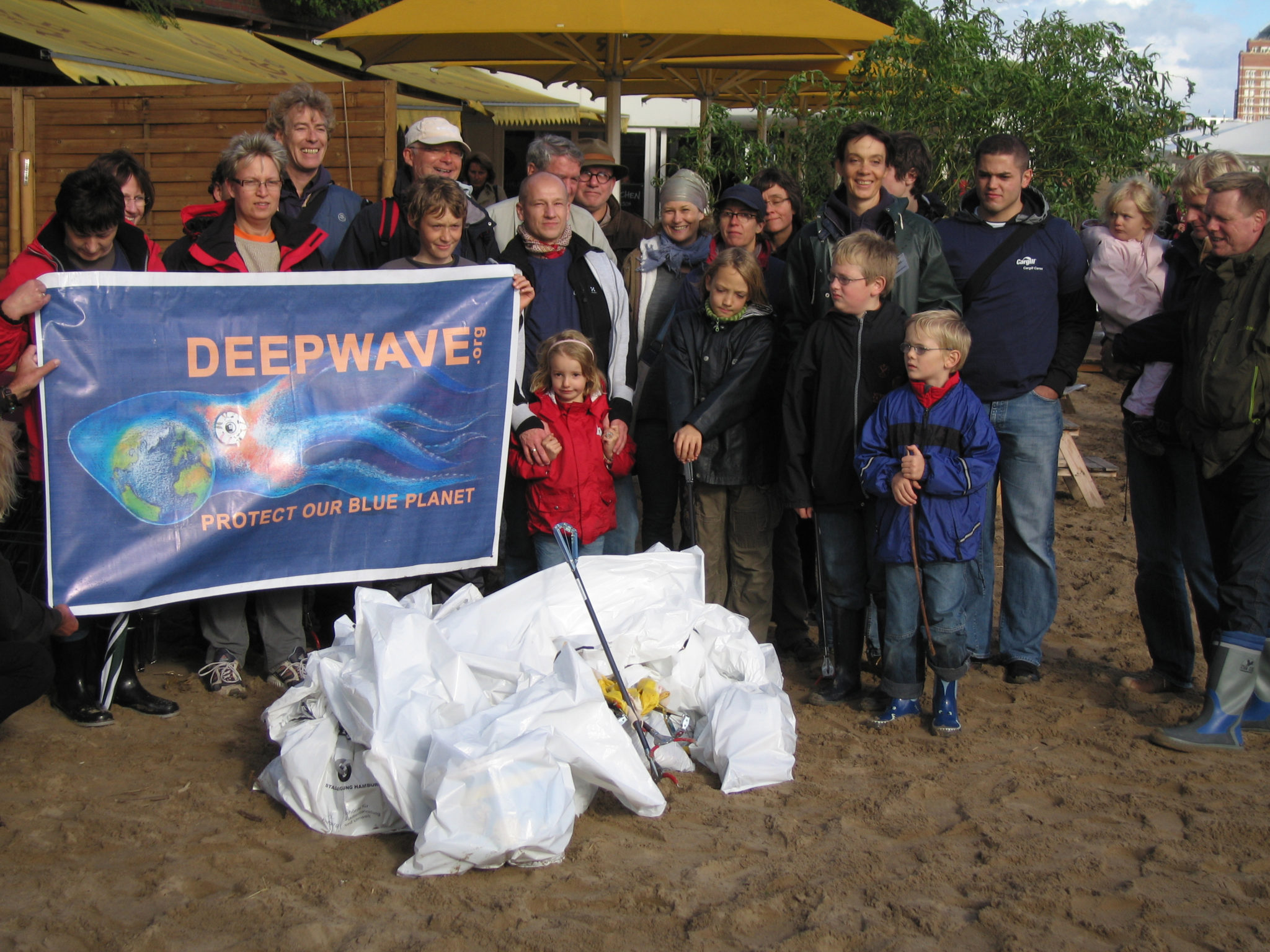 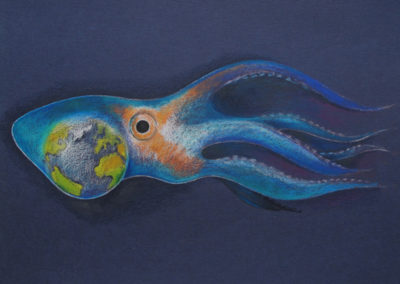 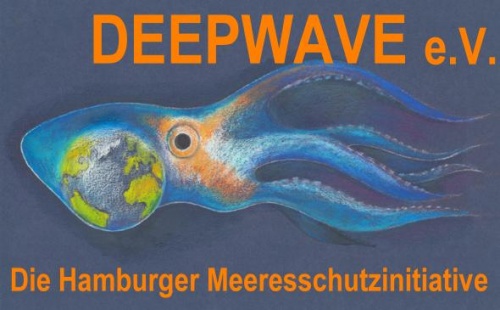 Our popular advertising vehicle in dark blue with a kraken. 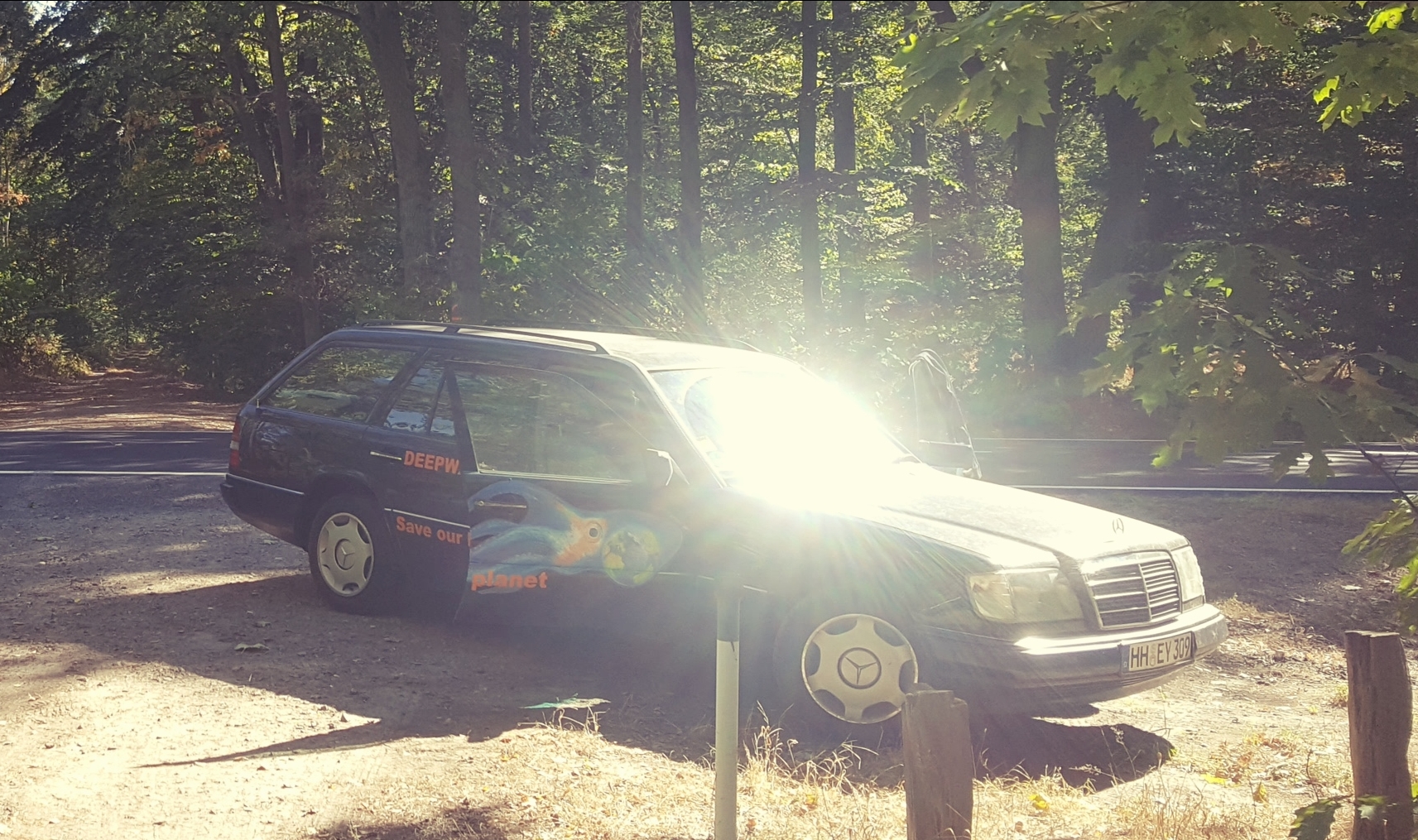 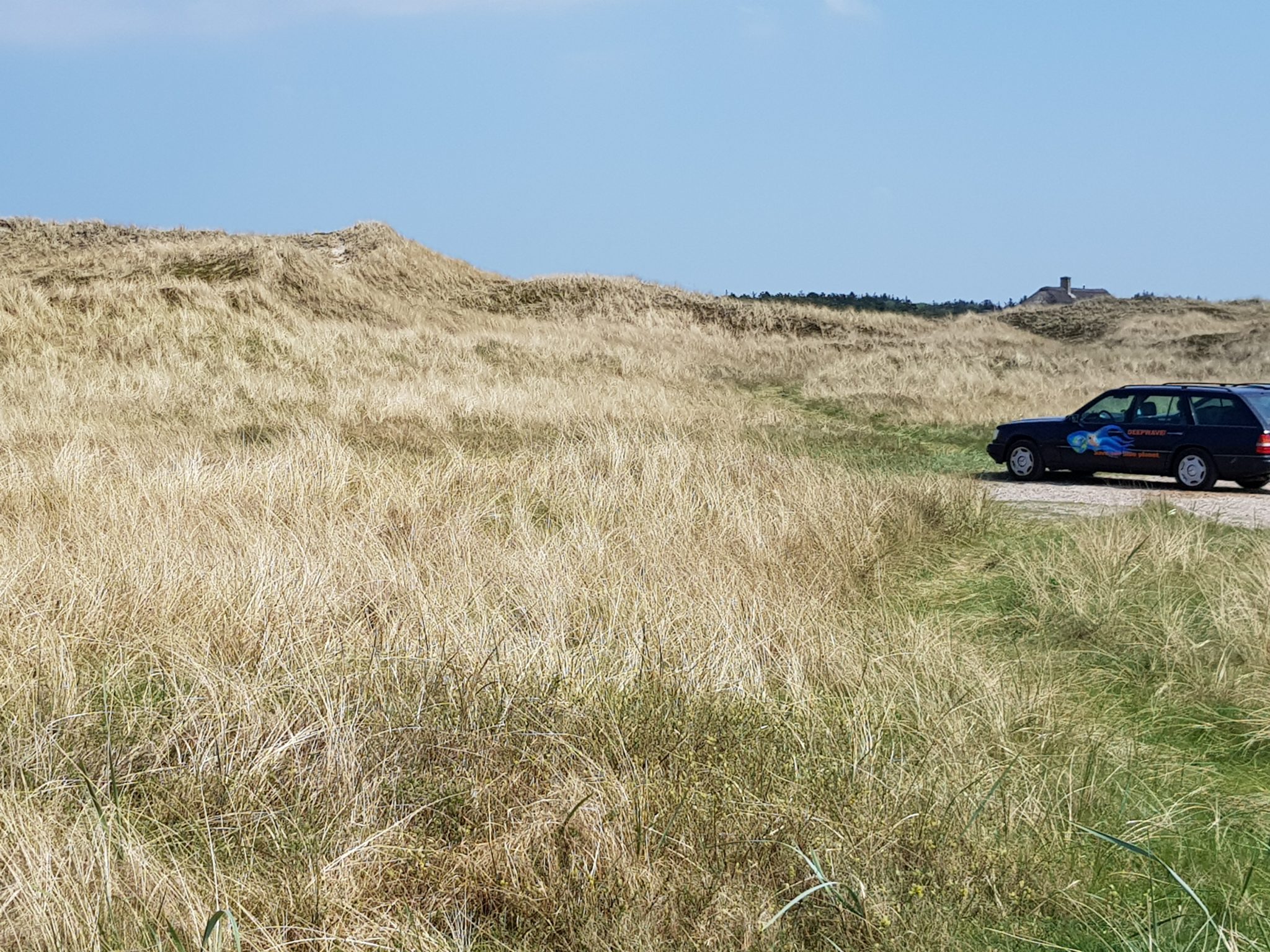