END_OF_DOCUMENT_TOKEN_TO_BE_REPLACED
Get to know the oceans,
drop for drop,
blogpost for blogpost. Browse our posts from the underwater realm.

A 450-Year Record of North Sea Herring, Pried from Clams 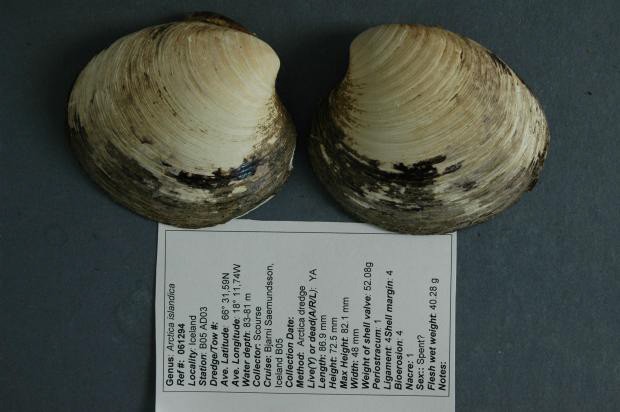 An inconspicuous yet long living mussel species, the Arctica Islandica, provided scientists with an insight into the population development of the Herring over the last 450 years. It was made possible through chemical analysis of the mussel shells, forming annual rings similar to those of trees. How can these rings be utilized to gain insight into the population changes of various fish species? Findings like these are yet another proof of the complexity of our ecosystem. They show how closely linked the oceanic habitat is with its inhabitants, and how the climate influences all its parameters.

Scientists have reconstructed a detailed account of North Sea herring stocks that stretches back more than 450 years. This is the first time researchers have modeled recruitment—a measure of the number of eggs that survive to become young fish—for herring living before the 20th century. This lengthy record of herring health stems from measurements taken from a wholly unlikely source: the ocean quahog.

Ocean quahogs, palm-sized clams that live in the North Atlantic, might seem like unorthodox record keepers. But the shellfish have two very useful traits: they live for an exceedingly long time—the oldest on record was 507 when it died in 2006—and their shells have visible growth increments, much like tree rings, with a new band forming each year.
Juan Estrella-Martínez, a paleoceanography doctoral student at Bangor University in Wales, led the research. He and his colleagues used quahog shells collected from Scotland’s Fladen Ground in the North Sea to produce a data series showing how the ratios of oxygen and carbon isotopes in the shells and in the water changed from 1551 to 2005.

The isotope ratios reflect shifts in environmental conditions, such as water temperature. Providing a year-by-year account stretching centuries, the quahog shell data offers a way to better understand long-term climate patterns, such as the North Atlantic Oscillation and the Atlantic Multidecadal Oscillation, which cause changes including large-scale variations in rainfall, hurricane activity, and fish populations.

Estrella-Martínez wanted a useful application for his new centuries-long record, and decided to see if his carbon isotope data could be used to help understand long-term variability in important fisheries. “I started looking at the herring fishery because it had the most historic data available,” he says. “Without historical records, the most we could have done was speculate.” […]

The entire article can be found in the Hakai Magazine.