END_OF_DOCUMENT_TOKEN_TO_BE_REPLACED
Get to know the oceans,
drop for drop,
blogpost for blogpost. Browse our posts from the underwater realm.

When the ocean welcomes back surfers 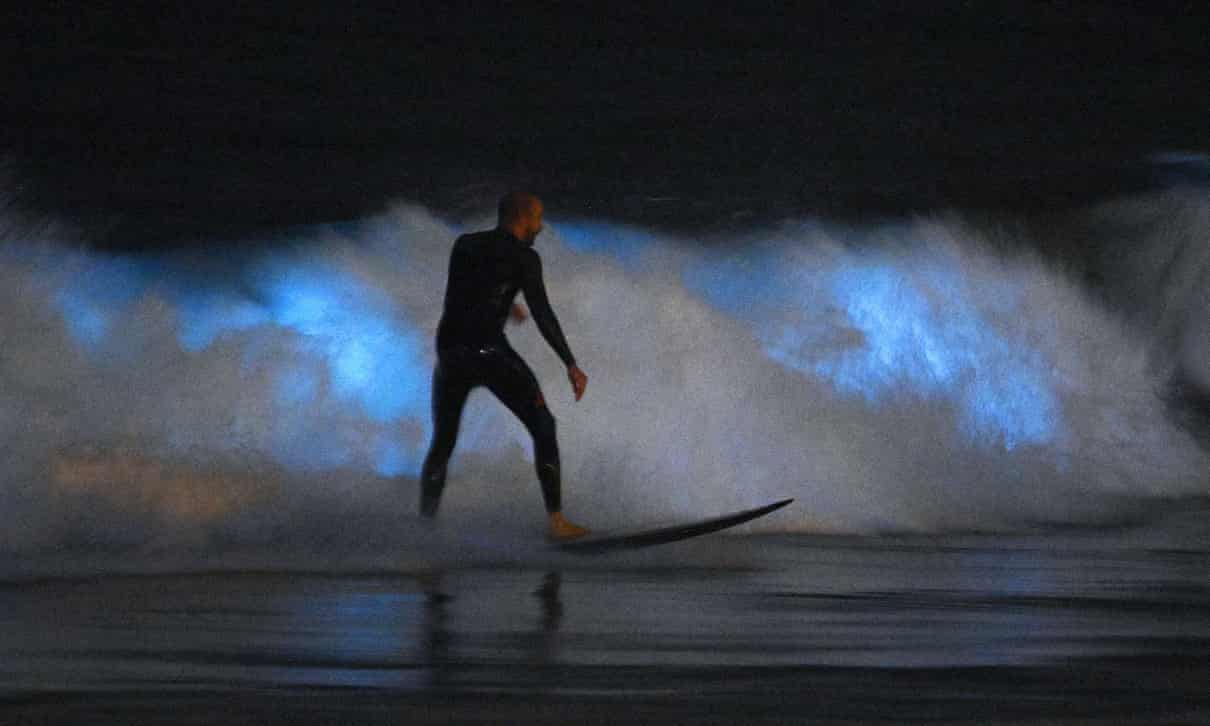 While the news may have covered how challenging it is these days to live in the US, some aspects have gone unmentioned. Little attention has been paid to the silently suffering ocean addicts: the surfers. Due to COVID-19 beaches have been closed and surfing was prohibited. A few weeks ago though, California has reopened their beaches, much to the joy of the surfers. What they were greeted with could not have been more magical.

A bloom of bioluminescent phytoplankton created a miraculous light show on the waves of the ocean. It looked like the sea was welcoming back its surfers and guests watching. Days before, videos about dolphins highlighted by the neon lights underwater, have been published. Just thinking about being able to get back onto the board and paddle out into the beautiful sea is enough to make my body tingle, but I can only imagine what it must feel like to be surrounded by this magical display of playful phosphorescent.

This may be my romantic and mildly optimistic perspective, but what if the ocean were to tell us just how good the break was, that we were forced to take? What if we could experience more of these magnificent natural phenomena, if only we treated the world the way it deserved? With respect, with attention and with a will to protect and conserve, rather than exploit and use.

Mother nature has provided a radical gift to nighttime beach-goers in southern California, in the form of bioluminescent waves that crash and froth with an otherworldly light. The event occurs every few years along the coast of southern California, though locals say this year’s sea sparkle is especially vibrant, possibly related to historic rains that soaked the region and generated algal bloom. For some, this year’s light show was especially meaningful, coming just as beaches began to reopen after an almost month-long closure due to coronavirus.

Dale Huntington, a 37-year-old pastor at a church in south-eastern San Diego, got up at 3am after beaches reopened to surf the iridescent waves. “I’ve been surfing for 20 years now, and I’ve never seen anything like it”, Huntington said.